People who reported multiple symptoms consistent with severe substance use disorder at age 18 exhibited two or more of these symptoms in adulthood, according to a new analysis of a nationwide survey in the United States. These individuals were also more likely, as adults, to use and misuse prescription medications, as well as self-treat with opioids, sedatives, or tranquillizers. Published today in JAMA Network Open, the study is funded by the National Institute on Drug Abuse (NIDA), part of the National Institutes of Health. 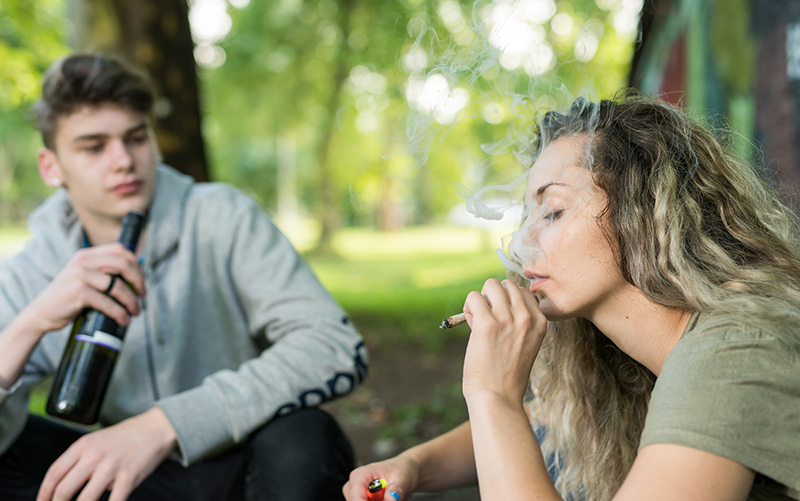 While use of alcohol, cannabis, or other drugs is common among adolescents, previous studies have suggested that most teens reduce or cease drug use as they enter adulthood. However, this study indicates that adolescents with multiple symptoms of substance use disorder – indicating higher severity – do not transition out of symptomatic substance use.

“Screening adolescents for drug use is extremely important for early intervention and prevention of the development of substance use disorder,” said Nora Volkow, M.D., director of NIDA. “This is critical especially as the transition from adolescence to adulthood, when brain development is still in progress, appears to be a period of high risk for drug use initiation.” Dr. Volkow further discusses the findings and implications of this study in a related commentary. 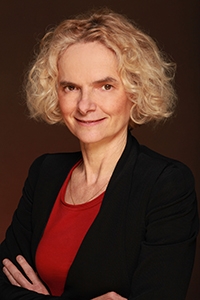 Researchers in this study argue that key knowledge gaps currently hinder the initiation of screening, diagnosis, prevention, and treatment efforts for teens with substance use disorders. For example, previous methods evaluating persistence of substance use disorder tended to treat substance use disorder as one broad category, without looking at severity. They also failed to account for the possibility of polysubstance use, whereby individuals may use multiple drugs or switch the types of drugs they use as they grow older.

The NIDA-funded Monitoring the Future Panel study at the University of Michigan-Ann Arbor helped close this research gap by examining substance use behaviors and related attitudes among 12th graders through their adulthood in the United States. Since 1976, the study has surveyed panels of students for their drug use behaviors across three time periods: lifetime, past year, and past month. In this study, researchers looked primarily at a subgroup of 5,317 12th graders first evaluated between 1976 and 1986, who were followed with additional surveys at two-year, then five-year intervals for up to 32 years, until they reached age 50. Among the respondents, 51% were female and 78% were white.

Overall, more than 40% of surveyed 18-year-old individuals reported at least two substance use disorder symptoms (across all substances). More than half of the individuals who were prescribed and used opioids, sedatives, or tranquilizers as adults also reported two or more symptoms at age 18. This finding underlines the importance of strategies to increase safety and properly assess a potential history of substance use disorder symptoms when prescribing controlled medications to adults.

“Teens with substance use disorder will not necessarily mature out of their disorders, and it may be harmful to tell those with severe symptoms that they will,” said Dr. Sean Esteban McCabe, senior author of this study and director of the Center for the Study of Drugs, Alcohol, Smoking and Health at University of Michigan. “Our study shows us that severity matters when it comes to predicting risk decades later, and it’s crucial to educate and ensure that our messaging to teens with the most severe forms of substance use disorder is one that’s realistic. We want to minimize shame and sense of failure for these individuals.”

About the National Institute on Drug Abuse (NIDA)

NIDA is a component of the National Institutes of Health, U.S. Department of Health and Human Services. NIDA supports most of the world’s research on the health aspects of drug use and addiction. The Institute carries out a large variety of programs to inform policy, improve practice, and advance addiction science. For more information about NIDA and its programs, visit https://www.nida.nih.gov.

About the National Institutes of Health (NIH)

NIH, the nation’s medical research agency, includes 27 Institutes and Centers and is a component of the U.S. Department of Health and Human Services. NIH is the primary federal agency conducting and supporting basic, clinical, and translational medical research, and is investigating the causes, treatments, and cures for both common and rare diseases. For more information about NIH and its programs, visit www.nih.gov.

This article was originally published here on April 1st, 2022.