To End the Drug Crisis, Bring Addiction Out of the Shadows

When I was six years old, as I was having dinner with my mother and three sisters, my mother received a telegram. She broke down crying as she read it. Her father – my grandfather – had died. In her grief, she locked herself in her room and would not let me console her. The memory of my inability to relieve my mother’s suffering still haunts me. 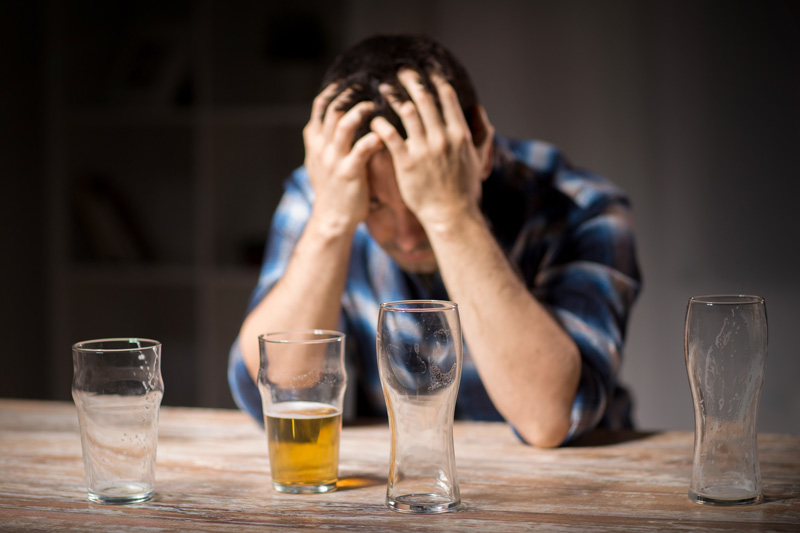 My sisters and I were led to believe that our grandfather had died of a heart attack. It was only decades later, when I had already been an addiction researcher for several years and my mother was herself dying, that she revealed the truth: My grandfather had had an alcohol addiction. Unable to stop drinking, he had taken his own life in a final moment of futility and shame.

Overwhelmed by this revelation, I asked my mother, “Why didn’t you tell me until now?” Her response was that she did not want me to lose respect for him or love him less.

My mother knew that I had devoted my life to understanding the neurobiological effects of chronic substance use. She had seen me speak about addiction as a disease of the brain and not a character defect. Of all people, I was someone she should have been able to speak to openly about why and how her father died. Yet, for her, the stigma of addiction and suicide was more powerful than the scientific understanding I was trying to bring to medicine.

Things have not changed much since that day. As a society, we still keep addiction in the shadows, regarding it as something shameful, reflecting lack of character, weakness of will, or even conscious wrongdoing, not a medical issue warranting compassionate medical care. Unfortunately, many in the medical profession harbor this mindset.

In fact, stigma remains one of the biggest obstacles to confronting America’s current drug crisis.

Last year alone, more than 96,000 people in the United States died from overdoses – usually from opioids but also increasingly from stimulants – and the pandemic worsened an already dire public health crisis. If you have not lost a family member or friend to drug or alcohol addiction or its consequences, which include diseases like cancer, you likely know someone whose family has suffered such a loss. Additionally, untreated substance use exacerbates many other health conditions or interferes with their treatment.

The direct and indirect health effects of drug and alcohol addiction are so numerous and devastating that they are considered root causes of the declining life expectancy in our country.

What the Science Tells Us

Science has shed much light on addiction. We now understand that changes in brain networks needed for self-regulation cause substance use to become compulsive in some individuals – despite their best efforts to decrease or stop use. We are also gaining an understanding of the genetic, developmental, and environmental factors that cause susceptibility to drug experimentation and to the brain changes underlying addiction.

For instance, data from a large longitudinal study of adolescents funded by the National Institute on Drug Abuse in close partnership with other National Institutes of Health entities have provided insights into the adverse effects of poverty and adversity on the developing brain, including neurobiological changes that make drug use and addiction more likely.

On the positive side, prevention research shows that providing targeted interventions to families with low incomes or lacking social supports can avert – or even reverse – these neurobiological changes. What’s more, decades of research on brain signaling systems have demonstrated that even once addiction takes hold, it is still reversible and recovery is achievable.

Unfortunately, stigma limits the impact of this knowledge and the reach of our tools.

The Role of Stigma

Medical schools until recently offered little or no training in screening for or treating substance use disorders because, for many years, addiction was not seen as a medical problem. Even now, when medical systems offer treatment, it may be limited or inadequate. Among dedicated addiction treatment programs, fewer than half offer medications, which is tantamount to denial of appropriate medical care, according to a National Academies of Sciences, Engineering, and Medicine report.

Insurers are often reluctant to cover addiction treatment, including medications for opioid use disorder, and coverage is limited when it is provided. Inadequate coverage puts these life-saving treatments out of reach for many people who need them. Stigma also prevents the use of medications in most justice settings – even though at least half of incarcerated individuals in the United States have a substance use disorder, often an opioid use disorder.

What’s more, many communities fail to provide harm-reduction measures, such as syringe services programs and the overdose medication naloxone, out of a moralistic – as well as factually incorrect – belief that those measures encourage illegal drug use.

Even when treatments and other supports are available, people with addiction may not seek them, fearing the judgments of those around them and the discrimination they routinely experience in the health care system. Patients are often hesitant to disclose their substance use to their physicians.

Government policies, including criminal justice measures, often reflect – and contribute to – stigma. When we penalize people who use drugs because of an addiction, we suggest that their use is a character flaw rather than a medical condition. And when we incarcerate addicted individuals, we decrease their access to treatment and exacerbate the personal and societal consequences of their substance use. What’s more, drug laws are disproportionately leveraged against Black people and Black communities, driving societal and health disparities.

The aura of illegality affects the treatment of people with addiction. For example, some treatment programs expel patients for positive urine samples, as if relapse were not simply a known symptom of the disorder and a clinical signal to adjust the treatment approach but instead actual wrongdoing.

Prescribers of addiction medications are themselves monitored and subjected to strong limitations that don’t apply to other medications – or even to the same medications in different circumstances, such as prescribing buprenorphine for pain. Such oversight tacitly signals that there is something suspect about these treatments and the people who receive them.

Stigma’s damaging effects go well beyond impeding care and care-seeking. Painful social and emotional effects like rejection, isolation, and shame – internalized stigma – drive drug-taking to alleviate one’s suffering, leading to a vicious cycle. It was internalized stigma that led my grandfather to end his life.

Research supports the lesson I learned firsthand in my own family – that stigma is not alleviated solely by educating people on the science of a disease. Partly, it requires facilitating contact between a stigmatized group and the wider community. If people with substance use disorders can share their experiences, then empathy and compassion can begin to replace judgment and fear.

For that to happen, addressing stigma must be a central prong of our public health efforts. If we’re going to end the current addiction and overdose crisis, we must treat combating stigma as no less important than developing and implementing new prevention and treatment tools.

We need a large-scale social intervention to change public attitudes toward addiction and people who have the disease. Besides ensuring proper training and the resources needed to help patients with substance use disorders, we need to seriously reconsider policies – not only laws but regulations and practices in health care and other settings – that promote viewing substance use as wrongdoing. And we must make it safe for patients and families to discuss addiction and remove the shame that interferes with its treatment. 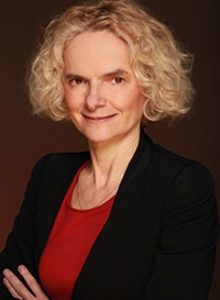 Dr. Volkow’s work has been instrumental in demonstrating that drug addiction is a brain disorder. As a research psychiatrist, Dr. Volkow pioneered the use of brain imaging to investigate how substance use affects brain functions. In particular, her studies have documented that changes in the dopamine system affect the functions of frontal brain regions involved with reward and self-control in addiction. She has also made important contributions to the neurobiology of obesity, ADHD, and aging.

People who reported multiple symptoms consistent with severe substance use disorder at age 18 exhibited two or more of these symptoms in adulthood, according to a new analysis of a […]

Crisis Intervention: Is the Field Ready?

The comments below are those of Joyce Wale, LCSW and do not reflect the opinions of United Healthcare or others. The New York State Office of Mental Health should be […]

Mental Health Is Essential to Stability

We are seven New Yorkers ranging in age from the 20s to the 70s. We all have a variety of behavioral health needs and have benefited from S:US programs such […]

When two people have something in common, it creates a bond that allows for meaningful discussions and a trusting relationship. This is the foundation of Peer Support and the reason […]

Recovery-Oriented Cognitive Therapy (CT-R) was originally developed by the Beck Institute to promote recovery and resiliency in individuals with a diagnosis of schizophrenia, but it can be applied broadly to […]