When Internalized Ableism and Stigma Intersect

In February of 2020, I received a letter from the government that I had been approved for disability payments. According to their records, I had been disabled with incapacitating, treatment-resistant depression since November of 2017. The Social Security Administration’s definition of disability requires that you are unable to earn a certain amount of money due to a “physical or mental impairment(s) that is either: expected to result in death or has lasted or been expected to last for a continuous period of at least 12 months (SSA, 2021).” By that definition, I certainly fit the bill. I knew there was no moral value tied to whether I could make a certain amount of money or any money- whether temporarily or for the rest of my life. So why was I having such difficulty with the word “disabled,” tortuously twisting my words to always refer to myself as “on disability,” stopping myself from saying that one word that I thought would push everyone away? Over time, I would learn that the answer lay, like many things, at an intersection – the intersection between mental health stigma and internalized ableism. 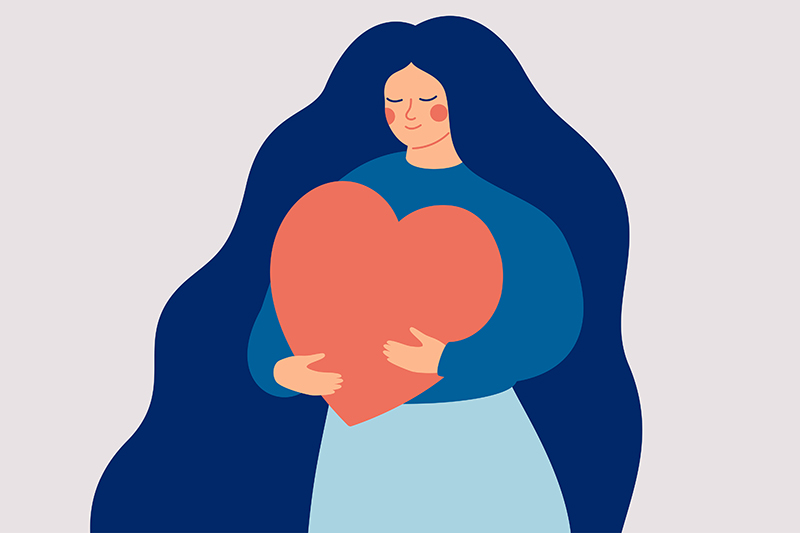 Mental health issues hit me hard and early. By 13, puberty brought a diagnosis of depression, a prescription for an SSRI, and my first round of suicidal thoughts. Between mental illness and chronic migraines, participating fully in my life for long periods became challenging. After graduating high school, I went on to college, switching schools and career paths several times. I struggled to hold it together with depression, anxiety, chronic illness, and (though I didn’t know it until I was 35) severe ADHD, and getting my degree took ten long years. I would have years of stability – as a freshman at Gordon College with the roommate who became my best friend, or as a junior at SUNY Oswego where I began a relationship that would last eight years. As time went on after graduation, I found it more challenging to work and manage my life for long periods of time. In the 23 years since my diagnosis of depression as a teen, I’ve tried dozens of drugs and collected a host of diagnoses – treatment-resistant depression, generalized anxiety disorder, PTSD, and ADHD. From 2014 to 2020, I was hospitalized six times and made one, blessedly unsuccessful, attempt to take my own life. I’ve tried ketamine and ECT. A new drug, a new type of therapy, or an inpatient stay would help – until it didn’t.

After that attempt, I began a PROS (Personal Recovery Oriented Services) program, a day program for people with serious mental illness. I described it to people as “therapy college,” where I could choose classes specific to my situation, with topics like symptom management, dealing with anxiety, or handling a crisis. It also allowed me to be with a group of people who knew what I was going through, at a time when I was most vulnerable. Eventually, I began to take small steps towards wellness, including things like getting out of bed, taking a shower, and leaving my house – steps that most people do every day without a thought, but for me, were massive. Would my fellow PROS classmates, whether or not they received disability payments, have considered themselves disabled? I think many of them would have said no because mental illness fluctuates. There can be years and even decades when a mental illness is well-controlled, or it can slowly or suddenly worsen. But what matters more than our ability to work and earn money is how our illness affects our everyday lives, and it is here that the disabled and mental health communities intersect.

While I was clearly doing the best thing for myself, I struggled to speak about it, even to friends and family. So much of our worth in society is tied to our work, and without a job, I could no longer hide the severity of my mental illness. I squirmed with awkwardness talking to a family friend or meeting an acquaintance at a grocery store. What had I been up to lately? Cue the verbal gymnastics. And dating? Forget about it. Friends reminded me that I was funny, smart, loving, brave – a wonderful person and a great catch, and depending on depression’s grip that day, sometimes I believed them. Even as I felt like I was healing and ready to meet someone, the first thing I would tell a potential match was a disclaimer: here are all the possibly scary and off-putting parts of my situation, so leave now if you can’t handle that. I was so convinced that disability and mental illness were such a central part of who I was as a person that I didn’t allow anyone to get to know the rest of me – my insatiable curiosity, love of language, a penchant for horrible puns, my deep affection for animals – all the large and small details that make up a human being. A human being entirely separate from, and more than, their illness.

Later, learning about social justice led me to the disability rights movement and the concept of internalized ableism. Lauren Presutti, writing for The Christopher and Dana Reeve Foundation, puts it this way: “Internalized ableism is when we project negative feelings onto ourselves. This happens when we start to believe how society labels disability as inferior. We start to believe the stereotypes. Internalized ableism occurs when we are so heavily influenced by the stereotypes, misconceptions, and discrimination against people with disabilities that we start to believe that our disabilities really do make us inferior (Presutti, 2021).” I was struck by this idea because it was so similar to something I was already intimately familiar with – the stigma surrounding mental health. I realized that stigma, like ableism, is a disability rights issue. We get so many messages from society and the media about why mental illness is bad, violent, scary, and shameful, and it’s so easy to turn that in on ourselves. Stigma and internalized ableism are about shame – that there’s something irretrievably wrong with us, that we have to hide – our struggles, our victories, our accommodations to make everyday life easier, our hard-won wisdom – all so that we don’t fit into a “crazy” stereotype. Both stigma and internalized ableism live smack dab in the middle of the “shoulds” – I should be able to get ready and leave my house without panicking, I shouldn’t struggle and need help with basic tasks, I should be able to pull myself out of this funk. Both issues amplify each other – I had difficulty talking about my disability at all, but it was even more challenging because my illness is mental rather than physical. I realized that stigma, like ableism, is a disability rights issue – and we should treat it like one.

In March, I started working at the National Alliance for Mental Illness in New York State (NAMI-NYS), a mental health non-profit that values the peer-run model and offers classes and support groups run by people with mental illness and their loved ones. In fact, I became aware of NAMI by taking one of those classes six years earlier. During the interview, I shared that I was seeking to transition off disability and return to work, and rather than being a deal-breaker, I was told that what I was doing was admirable. Now I work somewhere where my lived experience with mental illness and disability is a strength rather than a liability. Being open about my struggles in an attempt to help or advocate for someone else is the best way I’ve found to confront the stigma and ableism that, for so long, I reflected back onto myself. 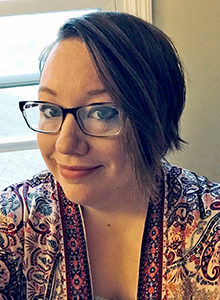 Social Security Administration. (2022) How Do We Define Disability? https://www.ssa.gov/redbook/eng/definedisability.htm?tl=0